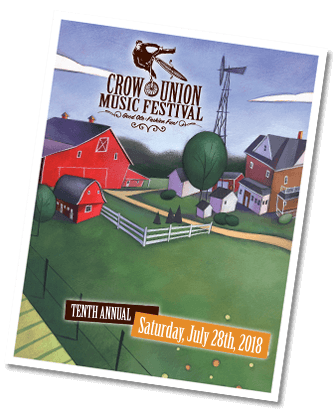 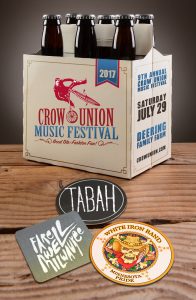 The White Iron Band is a high-energy renegade American roots band specializing in foot- stompin, forget-what-troubles-ya music. With energy to blow your face off and enough soul to well your eyes, the band is best taken live with friends and strangers. White Iron shows combine lyrical accessibility and explosive musicianship to produce a rich experience for the head, heart, and legs.

Originally formed in Ely, MN, the heart of Minnesota’s northern Iron Range, by frontman Matt Pudas, guitarist Sammy Weyandt and keyboardist Eddie Juntenen, the White Iron Band embodies the triumphs and struggles of the everyday man. Their songs carry a tinge of the old cowboy legends canonized by the Highwaymen, with stories ranging from tales of love, pain, jail, work and whiskey. Now based in Minneapolis, the group has established a passionate and equally as rowdy fan-base throughout the Midwest and has traveled further to spread their unique mix of blues, country and Americana roots music.

After more than 10 years together the band has played over a thousand shows and released four full-length, original albums. After the success of their latest independent release Devil’s Sweet Revenge (2008), the group has gone back to the studio with renewed vigor to record a fifth album. Production is already underway so expect the album to be released sometime in 2010. With a long road behind them, the White Iron Band has shown they are worth the wait and is on the brink of breaking into the national music scene.

The White Iron Band has supported and shared the stage with such acts as David Allen Coe, Warren Haynes, Derek Trucks, North Mississippi Allstars, Shooter Jennings, and many more.

Check out the band’s latest tour schedule, news and more at www.whiteironband.com

Minneapolis band Farewell Milwaukee releases their fourth full-length album, FM, on September 9. FM is the product of successfully achieving the balance of furthering their artistic careers with a family life. “[The album] has the first song ever written about my daughter, called ‘Hurt No More,’” says front man Ben Lubeck. “I texted my wife a few weeks ago after revisiting the album saying that this was the record I wanted my daughter to remember me by. Musically and lyrically.”

Mainstays of the Minneapolis music scene since 2008, Farewell Milwaukee embraces the role that their Midwestern towns have played in shaping them artistically, garnering them fans through their authentic lyrics, lush vocal harmonies, and an honest sincerity at live shows. It is because of this, they have gathered accolades from local and national press, landed a song placement on major-network TV, opened for the Lumineers (among others), and are featured on compilations alongside Mumford & Sons, Adele and Amos Lee.

The band’s success has given them perspective and an appreciation for their roots, which continuously comes across in FM. The album, filled with a thematic sense of grounding, was shaped by the stage-of-life lens of being husbands and fathers, and it is this concept of home base that made a concrete impression on FM’s overall flowing sound.

Produced by Minneapolis’ Jason Orris and recorded in Terrarium Music Studios, FM is the first album the band has recorded in town since their debut album, Autumn Rest Easy. Farewell Milwaukee has previously shied away from recording close to home in order to keep the flow of the process as smooth as possible; however, for this album, being close to home had a positive and productive effect on the record. “We’ve tried to avoid that [recording in town] in the past with the fear of it being a distraction and taking away from the process. But it seemed to make things very comfortable this time around in the best possible way. It seemed like the easiest record we’ve ever made. The logistics were simplified, we slept in our own beds at night,” says Lubeck.

Through the ease of the recording process, the band was able to take time to experiment with new sounds; this creativity and adventurousness brings FM to life through the addition of strings, steel guitar, and other sonic touches that the six-piece group perfected in the studio. “One of our greatest strengths is that we are all sympathetic to each other’s playing,” added Lubeck. “We give each other space to play the others’ instruments and take turns letting certain instruments take the spotlight.”

The unique sounds of the album make it difficult to fit FM into a particular genre (call it folk rock with a head and a tail, as described in an earlier album review from the Netherlands); however, genre tags are less important when projects like FM have beautifully crafted instrumentation accompanied by powerful lyrics and melodies.

“We’re making the best music of our lives while experiencing some of life’s most precious moments with our children. We’re truly living out our personal dreams and couldn’t be happier. My three-year-old runs around the house with a bedazzled pink guitar playing harmonica as loud as she can, trying to be like her daddy, and I don’t have to experience that through the screen of an iPhone,” says Lubeck.

Check out the band’s latest tour schedule, news and more at www.farewellmilwaukee.com

“One of those bands whose prowess seems to double every time. This five-piece are going places.” — 89.3 The Current (Minnesota Public Radio | NPR)

The five-piece Minneapolis-based band Tabah is often called out in the local press about its vocalist, Cecelia Erholtz. The word “Earthy” gets used a lot, and while not inaccurate, it leans into a place that is smaller than what is actually required to describe her.

Erholtz’s powerful voice – she also contributes on guitar – needs a powerful band to support it. Grounded, if you will. Earthy? Tribal. It comes in the form of the adept playing of her classically-trained bandmates, Jeff Ley (guitar/vocals), Charlie Bruber (bass/vocals), Andrew Seitz (keyboards, vocals), and Murphy Janssen(drums/percussion.)

Together – and Tabah’s musicians really do sound like they are playing together – the band takes this music to a unique place where psych-heaviness and ethereal-wisp combine in a way that hasn’t necessarily been heard like this before. Consider this: Symmetry Somewhere is a head-bobbing, mind-bender of an album that was recorded in Nashville, and could pass for folk in its quieter moments, but is still loud enough to piss off neighbors by blowing off their doors.

Recorded live to tape, with minimal overdubs, the band worked tirelessly during the day at Welcome To 1979 Studios, and then retired to a cattle ranch just outside of Nashville where they would meet at a gazebo near a frog pond. That place soon became a temple where the five would find themselves reflecting, releasing, and crafting closely amongst relaxed moonlight, soft mornings and Southern thunderstorms.

“We became so close on that trip that it sometimes feels like we’re still there,” Bruber recalls. Perhaps Symmetry Somewhere is the sound of trust and distrust combined then, a document of the band’s evolution from five into one. “A balancing act of destruction and perseverance,” as Bruber terms it.

So far, it’s made a lot of sense for the Minneapolis NPR-affiliate, 89.3 The Current, which has consistently supported Tabah since the band’s first EP release in 2015, giving the single heavy rotation and naming it one of the best local tracks of the year. The resultant sell-out crowds at Tabah’s hometown venue, the famed 7th Street Entry, have only further cemented the group as a must-see live act in the city; a mystifying, haunting, soulful experience that will now go national with the release of the new album, and tour to follow.

Now that Symmetry Somewhere is completed, the members of Tabah continue to seek – personally and also professionally – through their visceral ability to connect in meaningful ways with their rapidly expanding audience. Now they have the tangible result of this pursuit. The new album is already in their hands and ears, and soon, in yours. As for what can’t yet be physically grasped, it’s still waiting for us to discover. It might be Earthy. It’s definitely out there.

Check out the band’s latest tour schedule, news and more at www.tabahsound.com